How do laser printers work?

Imagine a world you can write with laser, pretty cool right? This is happening, but not to us, to printers. Laser printers are ubiquitous, notably in the office. No matter it's HP, Brother, Samsung, Kyocera, Canon, Xerox. From the outside, it whirs away, churning out warm, freshly printed pages. Inside, however, it’s like an acrobatic show of lights by the interaction of laser beams and electrical currents by chips like Samsung 111/404, HP 108, HP 226 and HP CF256. 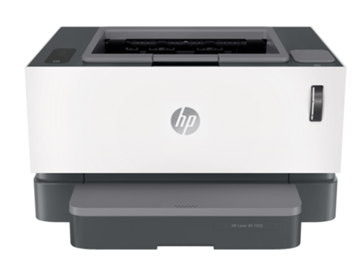 Don’t get panic at these code-like names. They function as the heart of laser printers. Thank to them, our printers can maintain the working status. Now let’s take a close look at how printers work.

Like photocopiers, laser printers also use some basic technology. photocopiers use bright light to make an exact copy of a printed page. An OPC drum which is light-sensitive here comes in to receive the reflection of the page via light. Then static electricity makes toner stay in the drum which would be transferred later to paper and get “fused” by hot rollers. Such a process is very much similar to a laser printer, except the printer does not have any original page to copy. So laser here enters in to write the whole content out from scratch.

When printing, a vast of electronic data is sent by computer to your laser printer. This triggers a process of electronic circuit which plans out how the page is going to be. Then laser beams will scan the drum inside the printer over and over, producing a series of static electricity which attracts toner onto the page. At last, toner is bonded by a fuser to the paper.

In mid-1970, Xerox has invented first laser printers and produced a commercial use laser printer called Dover which is a modified version of a photocopier that can draw images using laser. This printing machine can do 60 pages per minute which has brought about $300,000 to Xerox. The competition got intensified after IBM and Canon attempting to develop laser printers.

The answer is yes, but it still depends. Inkjet printers are usually cheaper at the very beginning but is pricy to operate. If you don’t print that much, this could be an option. Laser printers are better for printing documents, while inkjets tend to be better at printing photos. And companies nowadays are tending to use laser printers as they are more stable and sustainable in the long run. However, pay attention to the chips no matter they are laser or not as they need to be reset or replaced each time after you refill your cartridge, it is a hassle for most of us. Here Chipjet  has produced a series of new chips like Samsung 111/404, HP 108 and HP CF256, HP 226 to match and fit perfectly with your installation. These chips are like pen refills, once your chips have gone through enough printing, they need to be replaced. So if you are looking for a printer, better prepare for chips as well. 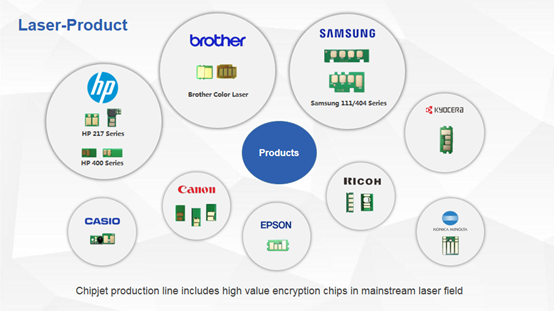